Official filings for the chapter can be found on the Indiana Election Division website. 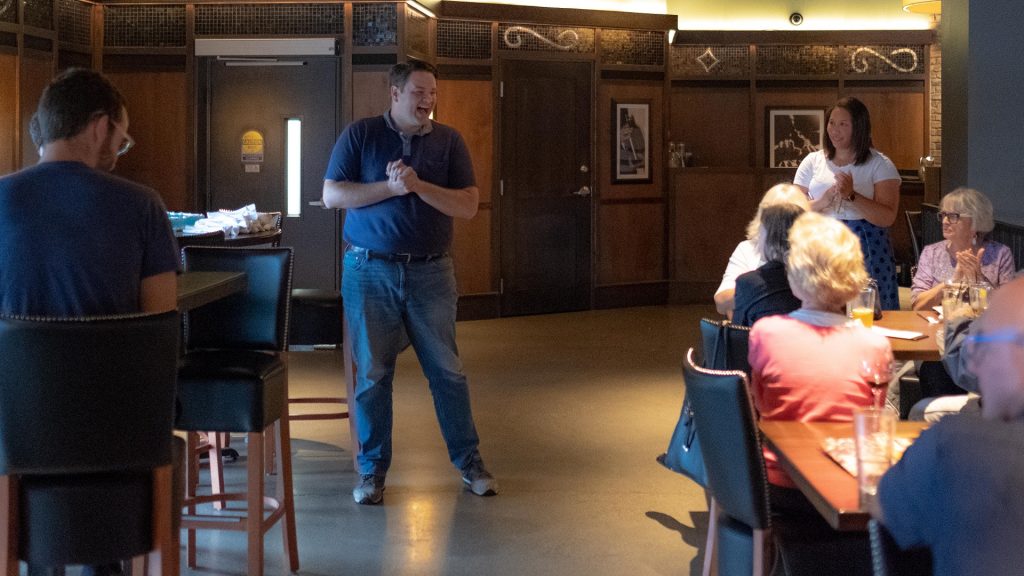 In the midst of an unprecedented, modern election during a pandemic, the Hamilton Co. Young Democrats prepared a Voter Education Series aimed at increasing civic awareness. Our organization used this series to discuss information on Absentee Voting, Early Voting, Voter Registration and more. HCYD plans to continue to provide these materials to increase civic participation in future elections. Watch the full playlist below!

2020 ELECTION DEBRIEF: OUTCOMES AND SOLUTIONS FOR HAMILTON CO. AND INDIANA

Our informational graphic detailing our executive summary from the 2020 election debrief report. If you were not able to attend our presentation of the report and would like the full report and presentation, please email info@hcydin.org letting us know so!

Article I: Name and Objectives

Section 1: The name of this organization shall be “Hamilton County Young Democrats” (HCYD).

Section 2: The objectives of Hamilton County Young Democrats (HCYD) shall be:

Section 1: Hamilton County Young Democrats (HCYD) shall contribute to the activities, growth, and influence of the Democratic Party.

Section 2: Hamilton County Young Democrats (HCYD) shall support and endorse only those candidates for public office who have been nominated or endorsed by the Hamilton County Democratic Party.

Section 5: HCYD shall recruit members from the entire community.

Section 1: Membership in HCYD is open to anyone between the ages of fourteen and thirty-five years, inclusive, who believes in the principles of the Democratic Party. No person will be denied membership on the basis of race, gender, religion, economic status, national origin, sexual orientation, gender identity, or disability.

Section 2: No person will be considered a member in good standing of the HCYD until a membership form, as approved by the Executive Committee, has been completed and dues have been paid. Membership renewal and collection of appropriate dues will occur as established in the Bylaws.

Section 3: HCYD members who were in good standing for at least one year and who have attained the age of thirty-seven years, may, unless such membership be disapproved by a majority of the active membership, become affiliated with the organization as non-voting members and will hereafter be referred to as “associate members.”

Section 4: Any member or officer of HCYD may be absolved of membership and or duties when any two members of the organization bring good reason, including failure to perform duties, affiliation with another political party or acting against the Democratic Party or the government, with proof to the Executive Committee and the Executive Committee votes to forward the action to the general membership for a majority vote to expel the member or relieve the officer of his/her duties. A majority vote is greater than 50 percent of members in good standing and present. A plurality vote is the greatest share of votes cast.

Section 1: The officers of the HCYD shall be President, Vice President, Secretary, Treasurer, and Communications Director. These officers shall perform the duties prescribed by this Constitution and the Bylaws adopted by HCYD. No person may hold more than one office at a time. The collective of officers is known as the “Executive Committee.”

Section 2: The duties of the officers of the HCYD are as follows:

President: Presides over meetings of the Executive Committee and the general membership; exercises general managerial tasks with respect to the operation of the organization; establishes and terminates special committees as needed and appoints a chair to such special committees; shall be notified of each committee meeting; and shall exercise such other powers and duties as may be assigned to the office of President by other provisions of the Constitution and under the Bylaws.

Secretary: Transcribes minutes of the meetings; provides a written report of meetings of the Executive Committee and the general membership; shall maintain and set agenda for all HCYD meetings and Executive Board meetings; shall exercise such other powers and duties as may be assigned to the office of Secretary by other provisions of the Constitution, under the Bylaws, and as delegated by the President.

Treasurer: Establishes procedures to handle disbursements and expenditures; tracks and reports all receipts and disbursements; maintains all financial records; should the need arise, prepares filing reports to the State Board of Elections; ensures financial records are open to inspection by any member of the HCYD at any reasonable time; and shall exercise such other powers and duties as may be assigned to the office of Treasurer by other provisions of the Constitution, under the Bylaws, and as delegated by the President.

Communications Director: Maintains and updates all social media platforms, as well as the web page and email, of the Hamilton County Young Democrats, and updates each platform at a minimum of once weekly when applicable; uses said platforms to keep members engaged and informed on IYD and HCYD events and meetings (if/when applicable). The Communications Director shall endeavor to attend every officially convened meeting of the Executive Committee or designate a qualified proxy to serve instead.

Section 3: Unless the method of selection is otherwise identified under this Article, each officer will be elected by a plurality vote of present HCYD members in good standing, present, and voting. Each officer shall serve until his or her successor is elected and each officer’s term shall begin upon the adjournment of the meeting at which he or she was elected.

Section 5: Only members in good standing may run for office. No member may run for more than one office during a given election cycle.

Section 6: Elections must be held annually. Elections will be conducted over two meetings. Nominations will be held at the first of the two meetings. Nominees for office will be accepted from among members in good standing. The Secretary will record who is running for what office and create ballots for all members in good standing by the next meeting. At the meeting immediately following the nomination meeting, members in good standing will vote via secret ballot. The Secretary will tabulate the results with the Treasurer and will announce the winners by the end of the meeting. The meeting will stand in recess for the tabulation of ballots.

Section 7: In the event of a vacancy of an officer, HCYD may elect a replacement in accordance with the Bylaws.

Section 8: Upon vacancy of an office provided for in Article IV, the following procedure should be enacted:

Section 1: Notice must be given to the Executive Committee and the general membership of each regular and special meeting.

Section 3: Regular and special meetings of the general membership may be canceled, postponed, or adjourned by the President with approval of a majority of the Executive Committee.

Section 4: Thirty percent of HCYD’s members in good standing shall constitute a quorum for the purpose of conducting business. A quorum shall be assumed unless challenged by a member in attendance.

The Bylaws shall govern all disciplinary and grievance proceedings. (See Art. III, Sec. 4)

This constitution may be amended by a two-thirds vote of members in good standing, present, and voting provided, however, that all proposed changes have been provided to the general membership in writing at least twenty days in advance of the vote. Any proposed amendments not adopted at one of the three meetings following the meeting at which the proposed amendment was submitted to the general membership shall be considered rejected.

Bylaws further governing HCYD shall be passed as needed. Bylaws may be added, deleted, or amended by a majority vote of members in good standing, present, and voting provided, however, that all proposed changes have been provided to the general membership in writing at least twenty days in advance of the vote.

Currently there are two outstanding proposed amendments or changes to the bylaws.  Please follow the links on this page to view the following information:

Listing of Resolutions from the Hamilton Co. Young Democrats: