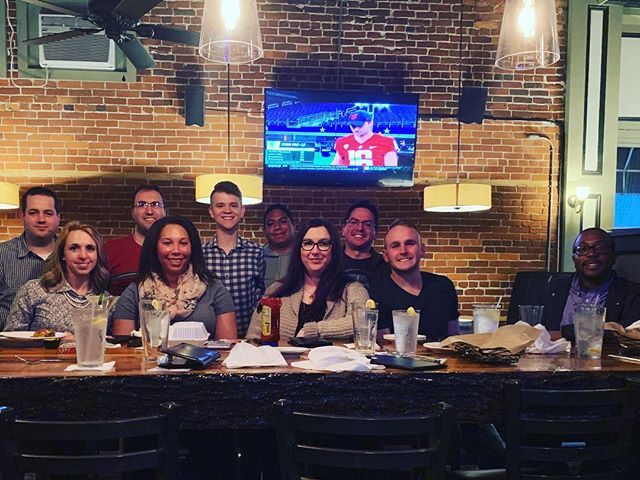 “The goal, both then and now, was to promote the ideals and principles of the Democratic Party by encouraging the involvement of young people ages fourteen to thirty-five in civic and political affairs.” 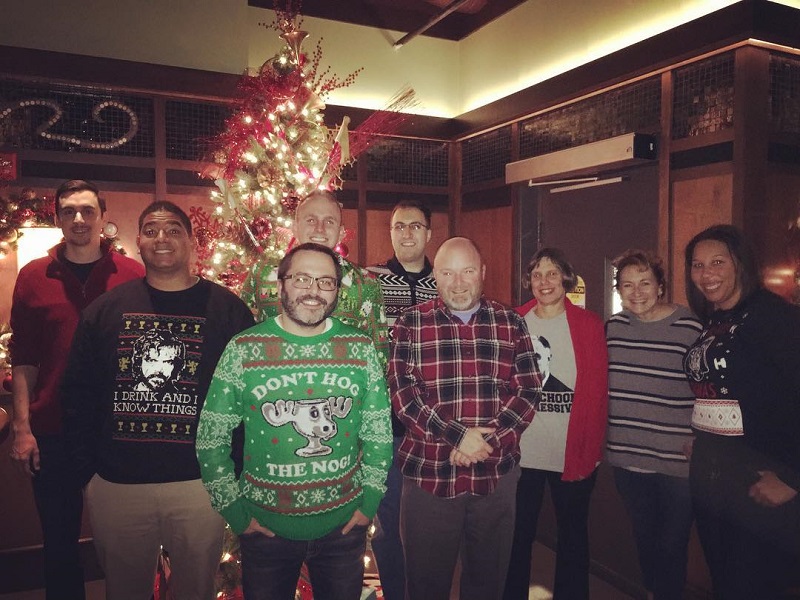 “During the 2018 election cycle we had two of our board members play a pivotal role working on the Coordinated Campaign, which focused on promoting the entire Democratic ticket from Senator Donnelly to Dee Thornton to a spate of down-ballot candidates running in Hamilton County.” 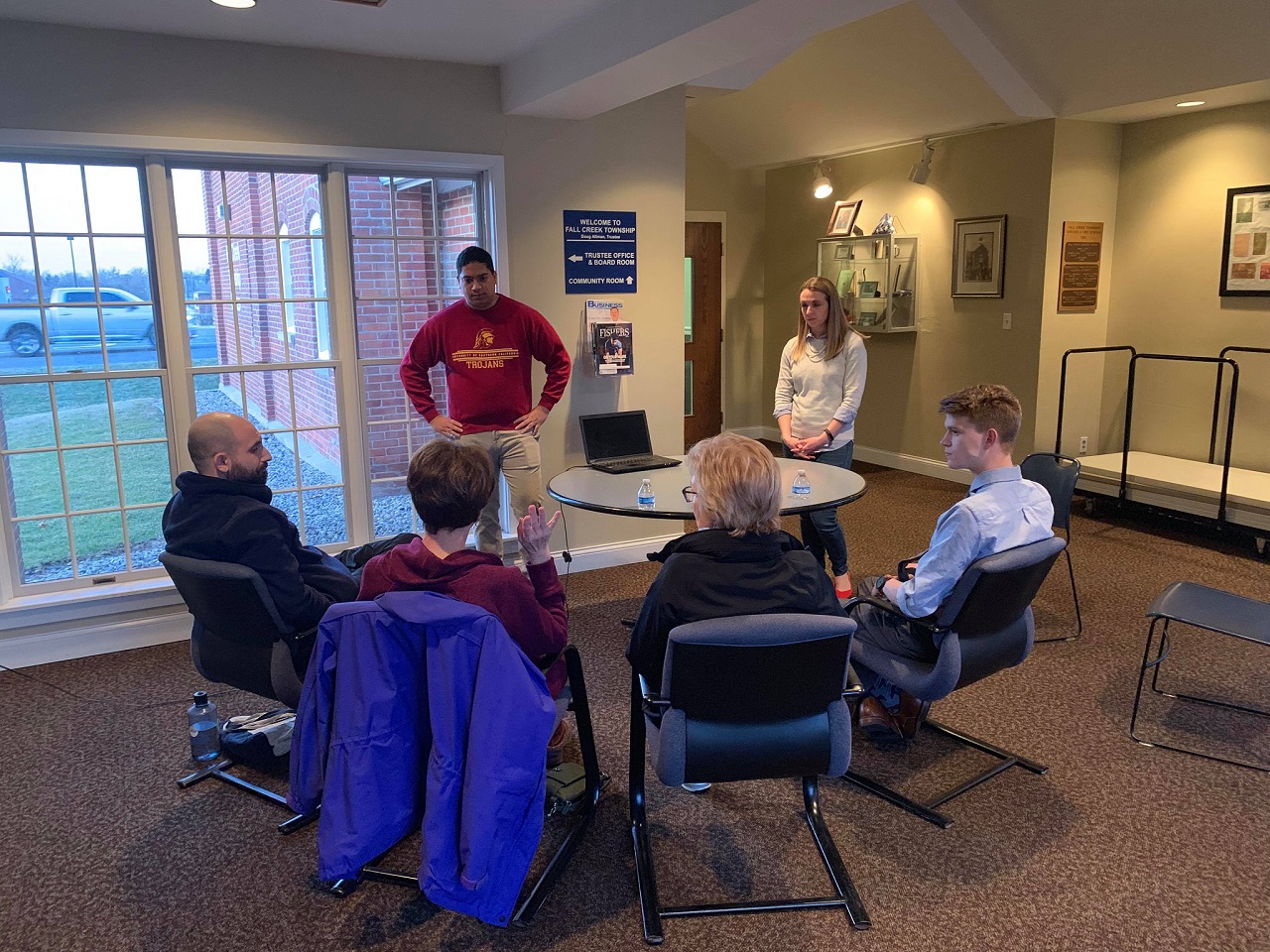 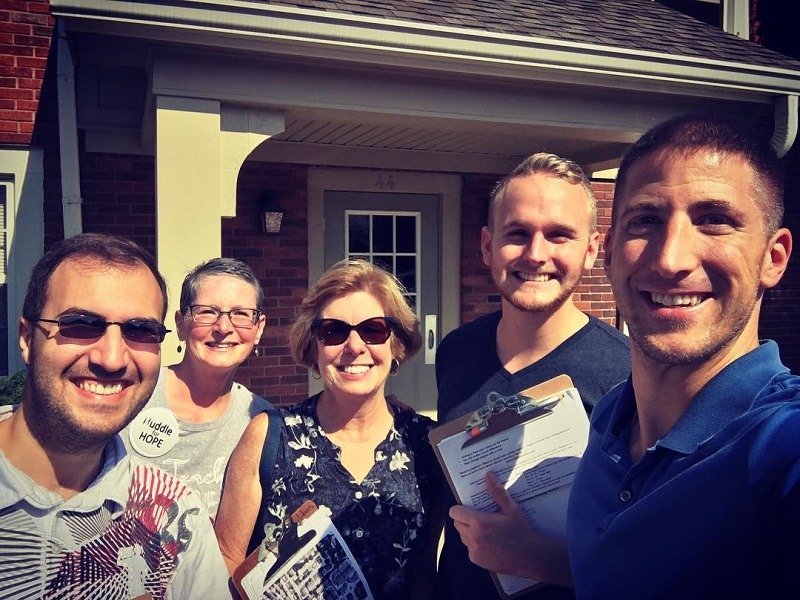 “At our heart we’re a civic youth organization; but we know we’re part of a much larger team under the umbrella of the Democratic party.”

HOW YOUNG GETS IT DONE

Originally posted in The Action Report.

The first meeting of the Hamilton County Young Democrats took place in March of 2017 when a small group of friends came together as they saw real opportunity to make a change in the county and their community. The goal, both then and now, was to promote the ideals and principles of the Democratic Party by encouraging the involvement of young people ages fourteen to thirty-five in civic and political affairs. Within a few months the chapter would be officially chartered by the Indiana Young Democrats and registered as a committee with the Indiana Election Division. That original group of leaders that formed our chapter would soon find the need to bring new talent due to various life obligations. Four months into chartering, the founding executive board passed the torch onto two new leaders. I was elected president alongside a new treasurer who was a senior in high school. Both of us lacked the experience and had never done anything like this before. What we didn’t lack was the motivation.

During that crucial time the new treasurer and I helped to keep the chapter established.  Meetings were often just the two of us and an occasional young democrat coming to see what we were about. As president I had to balance planning local events, managing all communications, recruiting members and keeping up with meetings for the Indiana Young Democrats. I also assisted with our treasurer’s campaign finance reports. Once the treasurer resigned, many meetings were simply myself and an alumni member from the founding group.  They still wanted to help me support the organization we were trying to build.

After a rocky 2017 the chapter began to gain real traction during the 2018 election cycle. After the anniversary of our first year of being chartered, our new executive board began to fill in. We even added two new positions to the board and had enough interest that one of the positions was contested. Two of our board members ran for office before turning thirty to our excitement. We soon grew to over fifteen members strong with consistent new faces attending our regular meetings. During the 2018 election cycle we had two of our board members play a pivotal role working on the Coordinated Campaign, which focused on promoting the entire Democratic ticket from Senator Donnelly to Dee Thornton to a spate of down-ballot candidates running in Hamilton County. Other members volunteered over fifty hours of GOTV efforts to local candidates in the county as well.

This year, our chapter has made great strides to engage with young activists in all corners of Hamilton County. We’ve held events and meetings in Carmel, Fishers, Noblesville, Cicero and soon Westfield. Many of our members are serving pivotal roles for local municipal candidates including campaign managers, deputy campaign managers, volunteer coordinators and more.  Not to mention the ones who have stepped up to the plate to run as candidates this year. We have members serving as committee chairs for the  Hamilton County Democratic Party and we have held two separate trainings for candidates this year to help build the bench. Thanks to a successful bid by the Indiana Young Democrats, the national organization Young Democrats of America brought the 2019 National Convention to Indianapolis. The convention hosted over one thousand attendees from across the nation and our local chapter stepped up to host the Welcome Reception for the convention. The convention offered valuable workshops and trainings for our members and provided an opportunity for them to network and gain ideas from like-minded young people from across the nation. Multiple presidential candidates as well as the Democratic Speaker of the House, Nancy Pelosi, attended and spoke at the convention.

What is in store for our future? For the remainder of the year we have events geared towards further recruitment of new talent both as members and potential 2020 candidates. We are hosting the After Party for the Hamilton County Annual Dinner with a host of speakers (details later in this issue of the Action Report). We still are hard at work with our candidates for the elections in November and we are ready to bring home the gold. Whether we are celebrating our wins or reflecting on our losses, we will take the knowledge we gain for our 2020 plans.

Next year we will apply that knowledge. We’re ready to work with our local candidates in 2020 to further our gains. We give back to the community outside of our campaign efforts. We continue to grow, we continue to learn, and we will continue to win.

You can support us by giving your time, your treasure, or your talent. No matter your age you can contribute to our chapter’s growth and efforts. Whether you’re a young person looking to join and contribute, or a supporter willing to sponsor our efforts, you are an integral part of our success. At our heart we’re a civic youth organization; but we know we’re part of a much larger team under the umbrella of the Democratic party. Join us as we move the needle here in Hamilton County to change Indiana’s fastest growing county from red to blue.

Edited by A. Brando Corsaro,